The Double Whammy for Women Over 50 in the Workplace Today 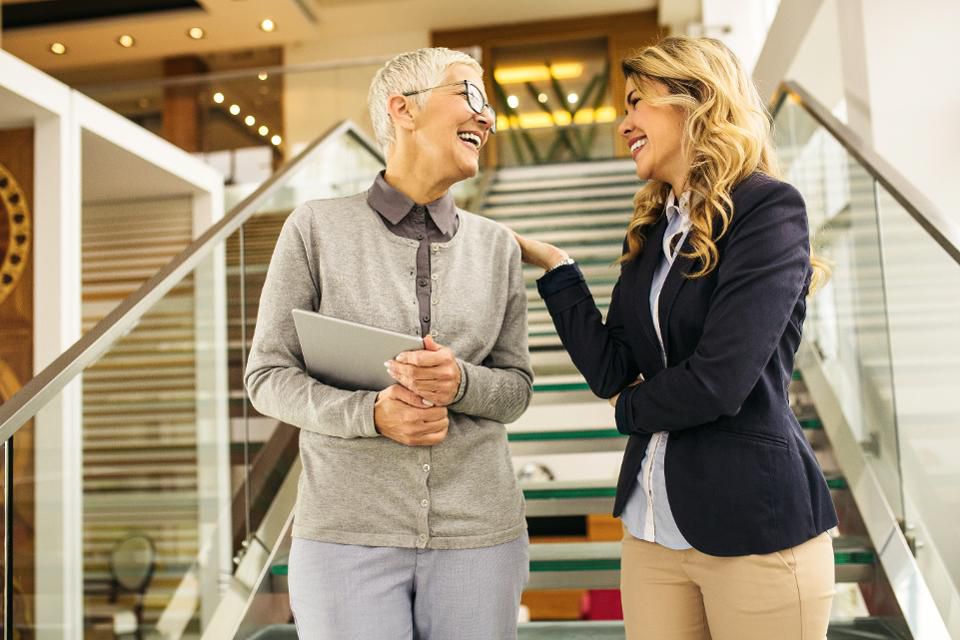 Susan told me in confidence that she sometimes wakes up in the middle of the night in a panic. The fear that someone will discover her age consumes her. At 62, she uses Botox and filler to hide the signs of aging and takes her birthday off from work each year to avoid being asked the question of how old she is. Susan is an executive in the fashion industry. Looks matter. Age matters. That’s the double whammy: ageism and sexism. And women over 50 in the workplace today are victimized by this bias.

We all know what sexism is. After all, we’ve been subjected to gender discrimination since we entered the workplace. Men are promoted faster. Men get paid more. Perhaps, we’ve even been sexually harassed since the beginning of our careers. It’s never been a level playing field. Men still occupy most of the leadership and board positions.

We’re used to the gender bias. We don’t like it, but we’re accustomed to being overshadowed by men despite our great performance. But now we’re aging and we’re aging in a society that worships youthfulness and beauty. And as women over 50 in the workplace, we feel the pressure to remain young and attractive to stay employed. We sense our once sought after opinions overlooked, our work load given away, as we experience younger workers being promoted around us. We feel marginalized and diminished and are terrified of losing our jobs, knowing full well the challenges we would face getting a new job at our age. It’s almost impossible to even get an interview according the recent studies.

Ageism, as defined by author and activist Ashton Applewhite, “occurs when a dominant group uses its power to oppress or exploit or silence or simply ignore people who are much older or significantly younger. We experience ageism any time someone assumes we’re ‘too old’ for something-a-task, a relationship, a haircut-instead of finding out who we are and what we’re capable of.”

Of course, men experience ageism as well, but here’s the big difference. Research shows that as men age they are viewed more valuable and competent in the workplace. Women lose their credibility with every new wrinkle. The double whammy hits as we begin to show any visible signs of aging. In a study from the National Bureau of Economic Research, the authors suggest two possible reasons why older female job seekers face more age discrimination than males: Age discrimination laws do less to protect older women who may suffer from both age and sex discrimination and, based on earlier research, they say ‘physical appearance matters more for women’ since ‘age detracts more from physical appearance for women than for men.’

Many of the women over 50 I’ve interviewed for my upcoming book on this topic are angry; angry that after decades of hard work and great performance, after juggling their career and family, and enduring unfair workplace practices, they’re being pushed aside and pushed out. They’re becoming invisible. They’re subjected to demeaning jokes about being old and excluded from many company social events. But most importantly, they’re fearful. Fearful because they feel they have a target on their backs as they wait to get the dreaded pink slip.

What can you do if you’re in this situation? Here are three suggestions.

Your colleagues and managers are most likely making assumptions about you at this stage in your career. The general consensus is that older employees, especially women, no longer have the interest or stamina to work. However, in her book, Grit, author Angela Duckworth, addresses how grit actually increases with age. Data from a large sample of American adults shows that ambition begins to increase after age 55 and peaks after 65.