Saying Goodbye To Grace And Frankie: Thank You For Showing Us How To Live Life To The Fullest At Any Age 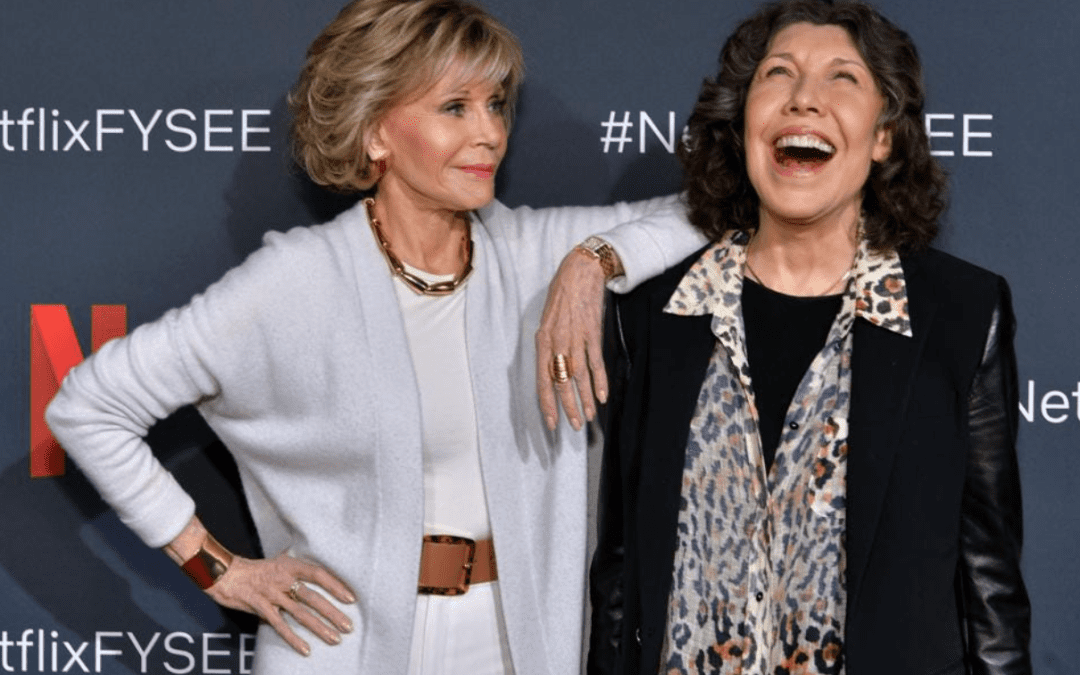 It’s not often that we see strong older women characters in film or TV. In May 2015, when Netflix introduced us to Grace and Frankie, portrayed by Jane Fonda and Lily Tomlin, that changed. Through seven seasons, we laughed and cried with these characters. We grew to love them. We felt their pain, applauded their courage, and respected their authenticity, recognizing our own weaknesses and flaws in them. They not only challenged our ageist beliefs about older women, but held up a mirror for all of us to explore how we feel about aging. Grace and Frankie “show themselves, their families, and their fans what it means to live life to the fullest, fearlessly and unapologetically.”

On April 29th, the remaining final episodes of Season 7, will be released on Netflix. The end of this highly successful series is cause to not only celebrate Grace and Frankie’s journey of self-discovery and growth, the lessons we’ve learned from their friendship, but also to honor the genius of the women who brought these characters to life, Marta Kauffman, and Okay Goodnight producers, Hannah K.S. Canter and Robbie Rowe Tollin.