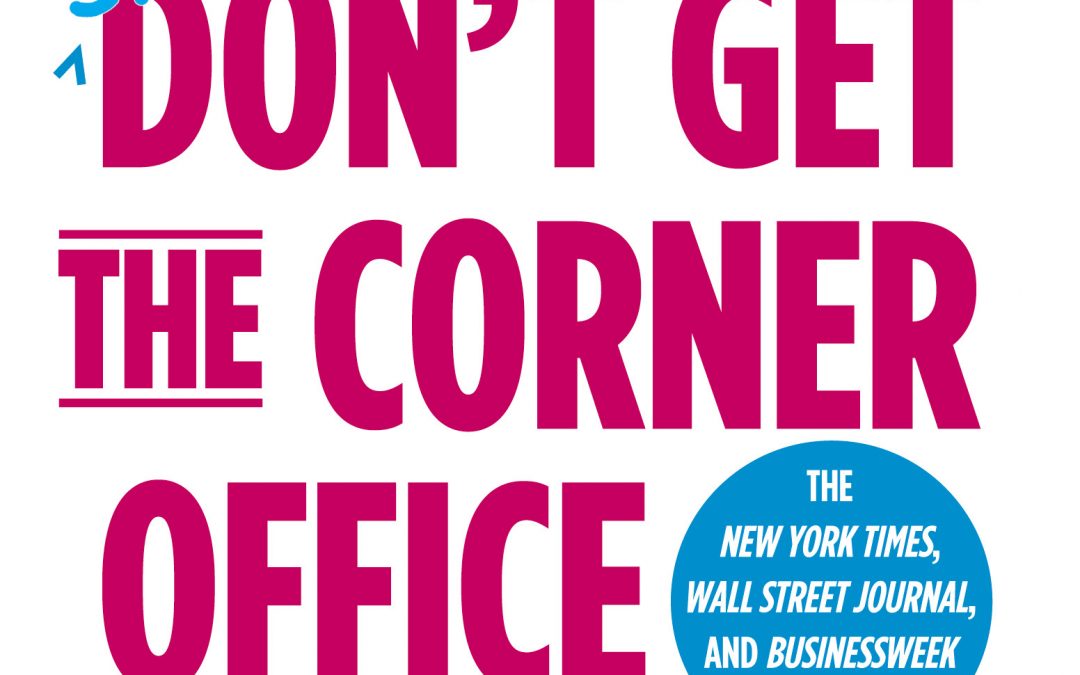 When Lois Frankel wrote Nice Girls Don’t Get the Corner Office in 2004, she had hopes that her message would help generations of women position themselves for career advancement. She recognized then that women’s tendency to be nice and their desire to be liked by their coworkers prevented them from being seen as potential leaders. What she didn’t foresee was that a decade later the “nice girl syndrome” would still be alive and well with a younger generation of women now in the workforce.

I spoke with Lois recently about the newest version of her book, Nice Girls Still Don’t Get the Corner Office.

Lois Frankel: I had no inclination to do a revised and updated Nice Girls Don’t Get the Corner Office. I felt like I’d been there. Done that. Time to move on. But as I went around the country – and actually, around the world – and I listened to women’s stories, particularly younger women – women, you know, between the ages of college seniors – between 20, 21 and oh, up to about 35 years old,  I realized that there was a whole generation that didn’t hear Nice Girls Don’t Get the Corner Office. Their mothers may have, but they didn’t. And they were making all the same mistakes that I saw older women making. And I thought, “You know what? I really do need to introduce this to them, because they’re going down the wrong path.”

Bonnie Marcus: What’s surprising to me is that young women are still struggling with the “nice girl syndrome”. I would think that their mother’s generation addressed this and, therefore, they would raise their daughters with different messages.

Frankel: This is what’s so interesting. I did a workshop with a group of college seniors, recently – 450 women. And I asked the question, “What messages did you get in childhood that your brothers didn’t get?” So now, we’re talking about 20, 21-year-olds here; maybe even a couple of 19-year-olds in there. And they said all the things that I heard 40-year-old women saying 10 years ago: “Be nice, be kind, be careful. You’ll always have to look nice. You can’t be as smart as a boy.”  And then, I said, “But I also know there are some of you who got different messages.” And then, a lot of women raised their hands and said, “Yeah, I was told I can do anything I want. I was told I’m every bit as good as a boy. I was told the sky’s the limit for me.” And I said, “Yeah! But then, what happened?” And then they said, “Yeah, but then, you get out into society, and you realize, just because mom and dad say it’s true, doesn’t make it true.”

Marcus: That’s frightening. It seems we haven’t made that much progress in this area. What about in the workplace? What has been your experience?

Frankel: It’s not just my experience, but I think, some of the new literature shows that that’s true. They’ve been doing some studies now, comparing men and women who negotiate – and who negotiate to win. And they do find that the men who negotiate to win are seen as hard drivers, successful negotiators, aggressive – all kinds of words that are really very positive – to apply to a man. But they see the woman as greedy. Or unrealistic, or a number of other things. So women really are between a rock and a hard place. Because the fact is, we do have different rules in the workplace for men and women. Not only for men and women, Bonnie, but for people of color and Caucasians. You know, I say to groups, if you think it’s hard being a Caucasian woman in the workplace – try being an African-American woman in the workplace. Because, every time she’s a little strong – or she’s direct or straightforward – she gets called an “Angry Black Woman.” Even if she’s not angry, and she’s not doing anything particularly inappropriate. So yes, what has happened is that – and this is what I think has happened – is that, the bias has gone underground.

Marcus: It’s much more subtle and, therefore, more difficult to deal with.

Frankel: Absolutely. It’s like you’re boxing at shadows. You can’t figure out what’s going on. And it starts to make you feel a little nutty. Like, you know, “Maybe it is just me.”