True Feminism is about Equality for Both Men and Women 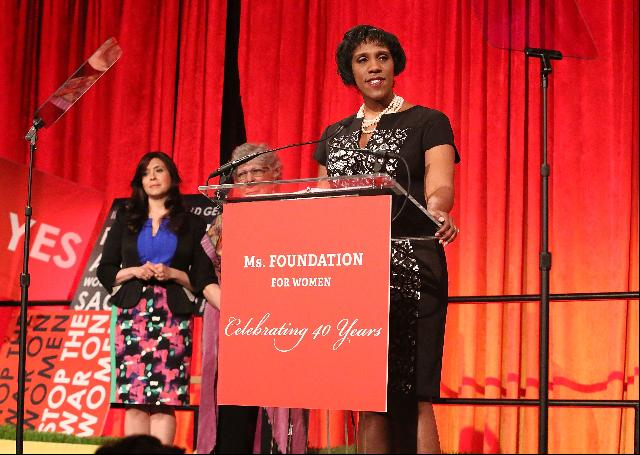 According to Teresa Younger, the CEO and president of the Ms. Foundation, it’s a new day in the conversation around where women’s voices are socioeconomically and politically. On the grassroots side, women and their impact within communities has always been there. In the political realm, women’s voices are really coming to the forefront.

I recently spoke with Teresa about feminism today and how the Ms. Foundation is working to help create equality for both genders.

Bonnie Marcus:   What is your definition of feminism?

Teresa Younger:   My definition, as I have spent my life believing it to be, is the belief that men and women should have equal social, political, and economic rights and opportunities. I do think that that is the most inclusive definition of what feminism is about. It’s about equality for both men and women and a playing field that respects the voices of women. True equality, true feminism is recognition of the dynamics that each person brings to the table. And I say “each person” because women will have reached truest levels of equality when men also have truest levels of equality. As long as we stay and assign task and duty, responsibility and opportunity to a particular gender, then we are not actually striving for true feminism.

Younger:   I think at that time there was such an imbalance of power that you had to recognize the need to at least get some balance of power to women, some recognition that women should have choices and opportunities outside of the home, and in the home itself. Today we recognize that true feminism is the true equality of both sexes, without it being limited or restricted. And we actually have more young men and young women growing up today that have been raised in more feminist households, where men and women do a share of work in the house. They both have opportunities for education and for job opportunities. Jobs are not labeled for men and for women. There’s still not true equality and there’s still true job segregation. But in that context, there was a time in the late 60’s and early 70’s when the term feminism started growing and when and the Ms. Foundation started that there was a true segregation. And now I think the feminist movement had to take on “the women’s movement,” the women’s perspective so that it could get to a mainstream conversation.

Marcus:   And has the Foundation changed their brand to reflect that, from the beginning years?

Younger:   Our brand hasn’t changed actually. From the beginning years, the Ms. Foundation has been about investing in grassroots networks, innovative networks of women who are making changes within their communities. And that hasn’t changed. Forty years ago our first grant was around domestic violence at a time when people weren’t even talking about domestic violence. Our first grant-making dollars came from Free to Be You and Me understanding of the intersection around how the lives of woman and a mother and her own safety affect the lives of the children in the household. The focus was to make sure that they actually have the support and the services that they need to have. Forty-one years later, the Ms. Foundation is now commenting on culture of sexism and violence through the NFL which has dominated a conversation around domestic violence but is actually now addressing the culture of sexism and violence. So I don’t think we’ve changed. We are still looking at the systemic issues that are impacting communities. And we do that by supporting predominantly women’s organizations; those of immigrant communities, low-income, and women of color to make sure that they are supported in their leadership and that their voices are valued in this process.

One of the key parts of the Ms. Foundation is to look at the collective power of men and women. It’s not just any one person. It’s about how to keep adding 1 and 1 and 1 to really build that collective power and those collective forces to get something done.