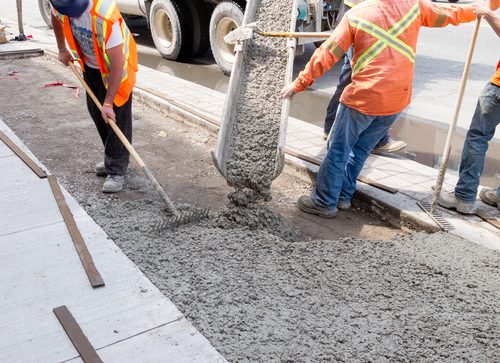 It’s 1996. I work in investment banking at Smith Barney Shearson. My boss, who hired and mentored me, has been given the boot. Because I’m on the wrong side of the political aisle, I’m also in peril.

Realizing that I can’t stay in my current position, I start interviewing with other groups inside of banking. I quickly realize that there are no good options for me. Fortunately, because I am about to have a baby, investment banking machinations aside, they won’t just fire me. But that puts me in no-man’s land, about to be shunted off to a no-harm, no-opportunity dead end position.

Then it happens. While I’m on maternity leave, my new boss ties what I think is a cinder block around my ankle and shoves me off the boat. Shuffle her off to equity research to cover the cement and construction sector. No thank you, I thought. In the ecosystem of Wall Street, equity research was considered a step back. I wanted to stay in banking. But the company had their ideas about where I belonged, and it was time for me to jump to a new learning curve.

It turns out, what I thought was a death sentence was actually a life preserver. One of the tenets of disruption is that you take a step back in order to grow. That sounds simple enough in theory, but in reality it’s really hard to do. Our instinct is to fight against what we perceive to be a demotion or a stall in our forward momentum.

When your career is going through upheaval, it’s a great time for innovation. Though the seismic shifts in what opportunity looks like can be unsettling, I’m learning that if I can ride the S-curve waves of learning and maxing out, I can turn it in to a competitive advantage in this era of accelerating disruption.

Certainly that was the case with my move into equity research. What seemed like a big step back turned out to be a slingshot forward. I became an Institutional Investor-ranked equity analyst for eight consecutive years before founding an investment firm with Clay Christensen — equity research was in fact, my career maker. Universe, thanks for the heave-ho.

Whitney Johnson is the author of Disrupt Yourself: Putting the Power of Disruptive Innovation to Work, and Dare, Dream, Do. Additionally, she is a frequent contributor to the Harvard Business Review. Learn more about her at www.whitneyjohnson.com or connect with her on Twitter @johnsonwhitney

On July 21st, you are invited to join a FREE webinar with Whitney Johnson, hosted by Becky Robinson of Weaving Influence. This is one event you don’t want to miss – sign up today! [LINK: http://bit.ly/DYWebinar]