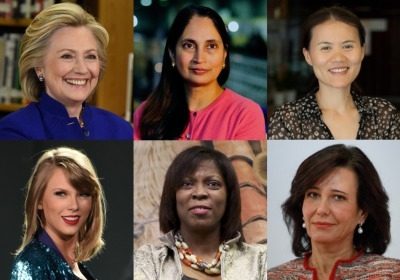 Every year Forbes publishes its list of the world’s most powerful women. Many such lists honor women who have made it to the top of their field. Yet currently, women hold only 5.3 percent of Fortune 500 CEO positions and 5.4 percent of Fortune 1,000 positions. The progress of women to leadership positions has been slow.

Research has demonstrated that there is a direct correlation between the number of women with leadership responsibility and overall company performance. This business case for increased representation of women in executive roles has been embraced by some companies. That, along with the heightened pressure from a growing public awareness of the lack of diversity has led organizations to form women’s networks and professional development and mentoring programs. The programs, however, fall short: they neglect addressing what it takes for women today to navigate the complex politics to reach the executive suite.

Every company and every department has a unique set of rules and unwritten rules that dictate acceptable and rewarded behavior. It takes keen observation of these unique workplace dynamics to understand how the culture has the potential to block women’s ascent to the top tier.

Office politics can make or break a career, yet the subject is taboo. Men are innately more comfortable playing the political game and do so effectively, minimizing the risk that their political savvy will be misconstrued as a cover for inadequate qualification. Women generally find politics dirty and underhanded and therefore avoid the politics. Many proclaim they are taking the high road, only to find themselves blindsided victims of political maneuvers. As a result, there isn’t a level playing field.

Moreover, women are excluded from the power circles where decisions are made that impact their advancement. This is politics at its gender-biased worst and conflicts with women’s belief that their performance alone will get them ahead.

Political savvy is critical for both genders, yet women face special challenges due to their gender. The majority of workplace cultures continue to support traditional male leadership. This is clearly an additional barrier for ambitious women to navigate upward. Gender bias today has gone underground. Often referred to as second generation gender bias, it involves subtle and often invisible pitfalls for women due to cultural assumptions and patterns of behavior that benefit men and put women at a disadvantage. This bias manifests itself in the lack of role models, gendered jobs and career paths, lack of access to sponsorship programs and informal power circles. It also includes the double bind – assertive behavior that is admired in men and chastised for women.

Second generation gender bias exists in every organization and is often ingrained so deeply in the culture as to go unrecognized. Qualified women are passed over for promotions due to a political system that favors men. Women are excluded from the pre-meeting meetings where decisions are often made. Men take credit for women’s ideas and are seldom challenged. Assumptions are made that working mothers are not available or interested in increased responsibility. Men feel more comfortable working with men and are more likely to tap them for sponsorship programs that lead to promotions. Once confronted with this type of bias, women oftentimes feel like victims. And sadly, most women lack the political and social capital to fight the battles effectively. Their exclusion from the power circles is both a symptom of gender bias and an indication of their lack of ability to build the alliances to overcome the obstacles.

Betsy Myers, director of the White House Office for Women’s Initiatives and Outreach in the Clinton administration, COO of Obama’s first presidential campaign, and now founding director of the Center for Women and Business at Bentley University says, “I think you have to be conscious of how you come across. You have to watch for what’s going on around you – that you can’t just operate; you can’t just do your work. There’s a bigger picture….” Indeed, this is politics. Betsy sees two parts to being politically savvy: “Being conscious of the world around me – who is in my corner, who’s not? What relationships do I need to build, to spend more time on? And then, being strategic about how to move the ball forward.”