Ambitious Women Deserve Our Praise, Not Our Disdain 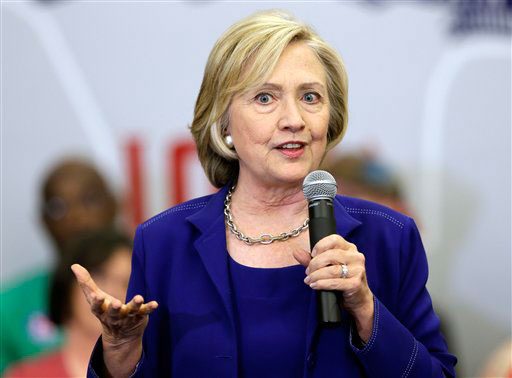 No one with ambition has come under fire more than Hillary Clinton. As early as 2006, a survey by The New York Observer found a “virtual cottage industry” of anti-Clinton literature. Her political career, especially her bid for the 2016 presidency, has only increased the verbal assaults. One such diatribe is a recent statement from Carly Fiorina, herself seeking the GOP nomination for president, that Hillary’s ambition ‘far outweighs her ability to be an effective leader’.

Hillary’s accomplishments are many. She was the first female partner in a law firm, an influential first lady, the first female senator from New York, a notable Secretary of State, and a consistent advocate for women’s rights and human rights. A polarizing figure in American politics, she is, however, most chastised for being ambitious.

Ambitious women deserve our praise, not our disdain. They possess the drive and tenacity to step up despite personal and professional obstacles. And while we may not agree with their mission, support their politics, or share their values, we should applaud their persistence. For ambitious women, like their male counterparts, have a powerful impact on the world.

Marie Curie, pursued her early love of physics and chemistry to win two Nobel Peace prizes. Amelia Earhart, one of the most famous women in the 20th century, never let anything hold her back and she persevered in a man’s world. Wilma Rudolph, striving for accomplishment in the face of adversity, was the first American woman to win three Olympic gold medals in track and field and helped make the world a better place. Margaret Thatcher, often called the “Iron Lady” due to her uncompromising leadership style, was the first female Prime Minister in Great Britain and changed the British economic and political landscape. Oprah Winfrey, the world’s first black billionaire, shaped American culture and media. Most recently, Misty Copeland, always outspoken about her ambition, became the first African-American female principal dancer at New York’s American Ballet Theatre, setting the stage for all talented women of color to follow suit.

Embracing one’s ambition is not for the feint of heart. Competing in a man’s world is challenging for even the most determined women. If they exhibit assertive behavior and declare their ambition, they are often scorned due to societal expectations and gender stereotypes. Some discover that their ambition loses steam when they are in direct competition with men. Their behavior changes, their confidence is challenged, and they assume a more subordinate role. They are uncomfortable with the rules of the game as men define them.

A recent article in New York Magazine refers to a survey of men and women in the workplace conducted by Bain and Company that “found that women and men were equally ambitious when they had fewer than two years on the job. But those ambitions changed dramatically among mid-career employees. Women’s aspiration to make it to the C-suite dropped 60 percent. Their confidence in their ability to reach top management drops in half. And their ambition never recovers as they become senior leaders within their firms. Men, on the other hand, see a much smaller dip in their confidence, and none in their ambition.”

The explanation given in this article for women’s loss of ambition is a lack of role models and mentors in the workplace, as well as the absence of recognition. Undervalued and without high level support, many women lose their motivation to reach top leadership positions. They begin to question whether or not their ambition for the C suite is worth the effort. What once seemed like a compelling aspiration early in their career fades over time.

Yet despite many structural barriers and gender bias, a small number of women do make it to the C-suite. Twenty three women currently hold CEO positions at S&P 500 companies.

Why do some women persist despite the barriers?

The answer might well be that these women own their stories; their unwavering belief in themselves and their ability to reach their goal, mitigates any distractions and allows them to transcend difficult challenges. They never take their eye off the end goal.

We, in turn, should not diminish their ambition as a negative force simply because of gender. After all, where would the world be without ambitious people?

It’s easy for those of us on the sidelines to criticize women in the spotlight. Their vulnerability stems from the passion they have for their mission. Every day their ambition breaks through glass ceilings and societal expectations. Let’s support their courage and conviction and recognize that ambitious women are changing the world.

This article was originally published on Forbes.com.