Playing the Gender Card in Business and Politics 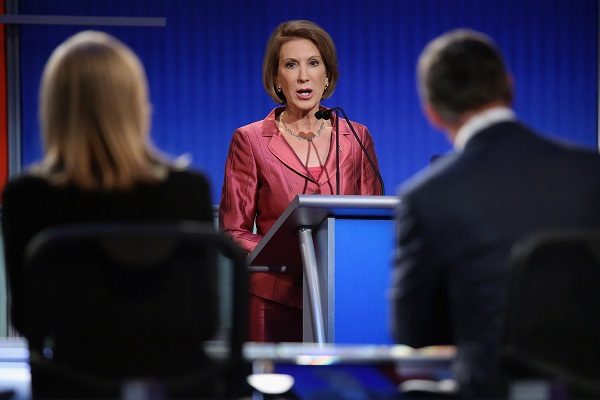 On the rare occasion that I am offered a seat on a crowded subway car because I’m a woman, I accept. When I’m standing in the aisle of an airplane struggling to get my too large carry-on in the already crowded overhead and a man offers to help me lift it and place it, I accept. Or the time a flirtaceous flight attendant offered to move me up to his first class cabin because he liked my smile, I graciously accepted.

I am fully aware of the advantage my gender affords me in certain circumstances. Being a woman more than likely influenced my ability in the past as a sales professional to gain new clients as well as attention from senior leadership. It might have helped me secure a leadership position in a company that never had a female president/CEO. But capitalizing on one’s gender for a woman is perilous and has the potential to backfire at any time if not played well. Women are expected to embrace their femininity and be authentic while demonstrating masculine traits to prove their competence.

Men don’t need to concern themselves with playing the gender card. By virtue of their gender they have this card in their back pocket. They need not worry that their gender alone will prevent them from getting hired or promoted. Similarity bias works in their favor to gain sponsorship, venture capital funding, and access to the inner power circles. Their perceived competence is not dependent on their wardrobe choices.

The reality is that it’s still a man’s world and women are trying to fit into it. A recent Gallup poll upholds the sentiment that both genders still prefer male leadership. Traditional workplace practices continue to support men, and gender bias is evident in hiring practices, promotions, and compensation. As the outsider who desires recognition and reward, ambitious women must stand up and stand out, but do so carefully.

The 2016 presidential campaign brings new attention to playing the gender card. Female candidates are in the spotlight for using their gender to gain recognition and support. Recently, Mitch McConnell remarked that Hillary can’t rely on her gender alone to win the election. All candidates, regardless of gender, work hard to prove their worthiness and competence to be president. Dictated by societal norms, however, their perceived leadership potential rests on their ability to demonstrate they’re “man enough” for the job. For women, this has historically presented a challenge.

Nothing has changed much since 2007 when Marie Wilson, Founder, Take Our Daughters to Work Day and Honorary Founder and President Emerita of the Ms. Foundation for Women, commented how women in political campaigns have to navigate a “double bind” due to their gender. The lone female candidate “is forced to both live with the continuing stereotypes of being a woman while simultaneously defying them. It means being ‘tough’ without losing your appeal as a woman. And it means being an ‘insider’ (one of the boys) while also demonstrating that you have the freshness of an ‘outsider’”.

Kelly Dittmar suggests that the societal stereotype of male leadership results in everyone playing the gender card. “The desire for gender neutrality blinds us to the ways in which gender continues to shape social institutions, including politics, and the demands it places on men and women who navigate them…In today’s campaigns, asking how rather than whether candidates play the gender card will be much more enlightening to understanding the degree to which politics remains a man’s world.” The question remains, however, which gender will be called out for doing so.