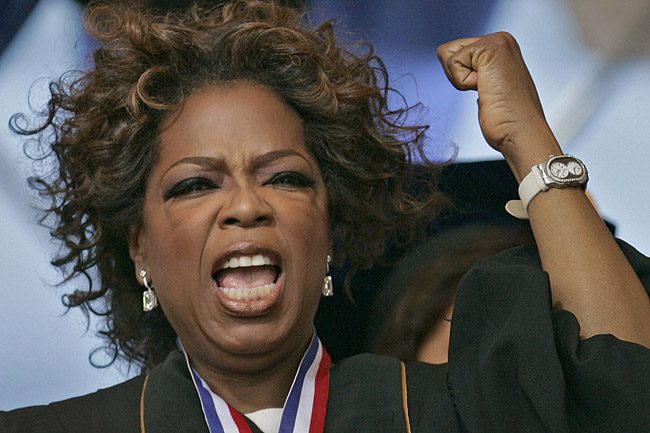 My Forbes article describing the top ways women give power away resonated with many readers. I received several comments and emails in which women expressed to me that the article was “an eye-opener”, and they now realize the subtle ways they give up power as well as lost opportunities to leverage their power. But the question is, do they really want it?

A recent study by Harvard Business School seems to refute the fact that women want power. In fact, after surveying more than 4,000 men and women researchers discovered that women have less desire for professional power than men and are less likely than men to seek opportunities for advancement. Even though women believe they are equally capable of reaching top leadership positions, they anticipate more negative outcomes from having those positions and are, therefore, less interested in aspiring to the top jobs.

What is also apparent from this study is that women associate professional power with ambition. Women are uncomfortable being powerful. They are ambivalent about powerful women as well and as a result, they do not pursue the same advancement as men. It’s not just the stress of navigating the system to reach leadership but their own hesitation based on their mindset about power.

Where does this discomfort come from? Clearly gender bias and stereotypes play an important role. Our society is critical of powerful and ambitious women. Negative messages on the subject, although sometimes subtle, do not go unnoticed by women of all ages. It results in our ambivalence about our aspirations. We are taught at an early age that ambition is important, but when we witness how society views powerful women, we lose our steam to move ahead.

In a NYT recent Op-ed piece, the author refers to society’s problem with powerful women stating that although women have made some progress in reaching powerful positions in the political and corporate world, “Progress is not inevitable, though, nor is it fixed. The country has a complicated relationship with powerful women: They have to keep proving themselves over and over again, being twice as good, and dragging one woman through the process doesn’t make it easier for those who follow.” Another article in Fortune, speaks to how presidential candidates Carly Fiorina and Hillary Clinton are measured against the conventional idea of female behavior with Clinton labeled as “overbearing and shrill”.

This “complicated relationship” defines how society views ambitious women as well as how professional women view themselves. Men are encouraged for their ambition but naked ambition for women is problematic. Men are expected to be assertive. Women are given mixed messages about the necessity to lean in for their advancement on the one hand, but then receive backlash for doing so. This results in women’s ambivalence about pursuing professional power.

TIME and Real Simple recently conducted their second annual poll exploring how men and women define success and ambition, whether they view them differently, and how priorities change over time. Their findings are that “While American women and men have similar levels of ambition (51% of men and 38% of women would describe themselves as very or extremely ambitious), the whys and the wherefores are complicated.”

Even successful women seem to have a problem with ambition. Savannah Guthrie’s comment at the Real Simple/TIME Women & Success event in September that she “hates the word ambition and thinks it’s impolite” is indicative of the negative nuances we as women associate with power and ambition. Guthrie defines her own ambition as “not wanting to fail”. Patti Sellers quotes another speaker at the event, U.S. Ambassador to the United Nations Samantha Power, saying she’s “sensitive about appearing too ambitious” because “the word ambitious tends to connote a sort of titular advance.”