Carla Harris On Her Ambition And Drive 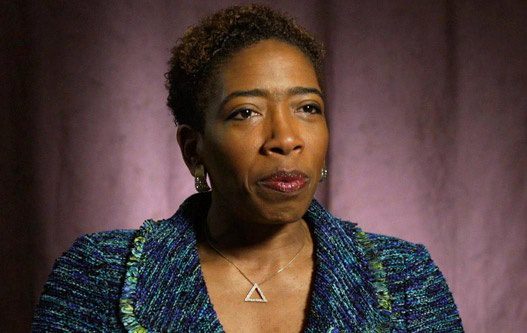 Carla Harris didn’t get to be Vice Chairman, Wealth Management, Managing Director and Senior Client Advisor at Morgan Stanley by luck. It took talent and hard work as well as grit and determination to succeed. I recently spoke with Carla, a keynote speaker at the upcoming Simmons Leadership Conference, to better understand her ambition and drive.

Bonnie Marcus:  Carla, were you brought up to believe ambition was important?

Carla Harris:  I would say that it wasn’t stated in that way, Bonnie. But my paternal grandmother would always tell me, “Whatever you be, be good at it.” She definitely instilled in me this appetite to really go for it, if I was going to bother to do anything. And my mother was a contributor to that because she would always say, “Listen. The world’s not fair. So if you want an A, go for the A-plus. Be so outstanding that there is no debate.” These are the kinds of women I had around me. They absolutely sparked the appetite for excelling.

Marcus:  To what do you attribute your success in realizing your ambition?

Harris:   First of all, my faith. The second thing is that, I’m negatively motivated. When you tell that I can’t do something then, I’m all over it. And then thirdly, things like tenacity and perseverance and resilience have all played a part. If I were to add a fourth, it would be that I’ve always wanted to be able to motivate and inspire others. And I felt that if I would do well, then that would give me the credibility to be able to tell you that you could do well.

Marcus:  What were some of the greatest barriers you faced in the workplace?

Harris:  It was not knowing that there were other factors that influenced your success equation. Coming out of college and business school, I embraced the concept of a meritocracy, which suggests that you just need to be smart and work hard. But after starting my career, I realized that there were other things that informed the success equation like, understanding that perception is the co-pilot to reality. How people perceive you will directly impact how they deal with you. Understanding that you can’t do it on your own, that you would need other people’s relationships in order to maximize your success. And I specifically write about the sponsor relationship. It was other things also, like understanding that you have to embrace taking risks, and you have to leverage your network. Again, all the Pearls, as I called them, that I wrote about in Expect to Win.

Marcus:  What about political savvy?

Marcus:  Did you find the challenges greater as a woman of color?

Harris:   No. Absolutely not. I would say that if you asked me that before I started my career, especially growing up in the South, I would have thought that it was being of color. But definitely the plumbing is a bigger issue.

Marcus:  How were you able to overcome the barriers at work?

Harris:   As I said, I’m negatively motivated. When I see something that looks like it’s going to be difficult, or if I sense that somebody is sort of in my way, then I become even more determined and focused to overcome whatever that challenge is.

Marcus:  Was your mother a role model that way?

Harris:   No question. She was not someone who was easily deterred.

Marcus:  Did you ever doubt your ability to be successful?

Harris:   No, I didn’t. And I expected that I was going to do well. And this I’d have to give my parents a lot of credit for, because they brought me up with the mentality that I was supposed to do well, that there was nothing special about getting an A, or nothing special about excelling. That’s who you are and that’s what you’re supposed to do. So I grew up saying, “Okay, well I’m supposed to get A’s. I’m smart.” Now sure, as I started my career, were there things that didn’t go well, that made me wonder or give me a crisis of confidence? Absolutely. And I talk about those freely. But again, working through those, builds up your data so the next time you have one of those moments, you go, “Wait a minute. I’ve got data that says, “Been here before. Got through that. So I’ll get through it again.” And that’s really what  continues to carry you as you meet those challenges or you have some of those moments going forward.