Harnessing the Power of #NastyWoman in the Workplace

This week the Tory Burch Foundation announced a new advertising campaign called “EmbraceAmbition”. Many female celebrities such as Julianne Moore, Melinda Gates, Gwyneth Paltrow, Jamie Lee Curtis, Anna Wintour, and Reese Witherspoon are speaking out about the importance of women owning their ambition as part of this initiative. 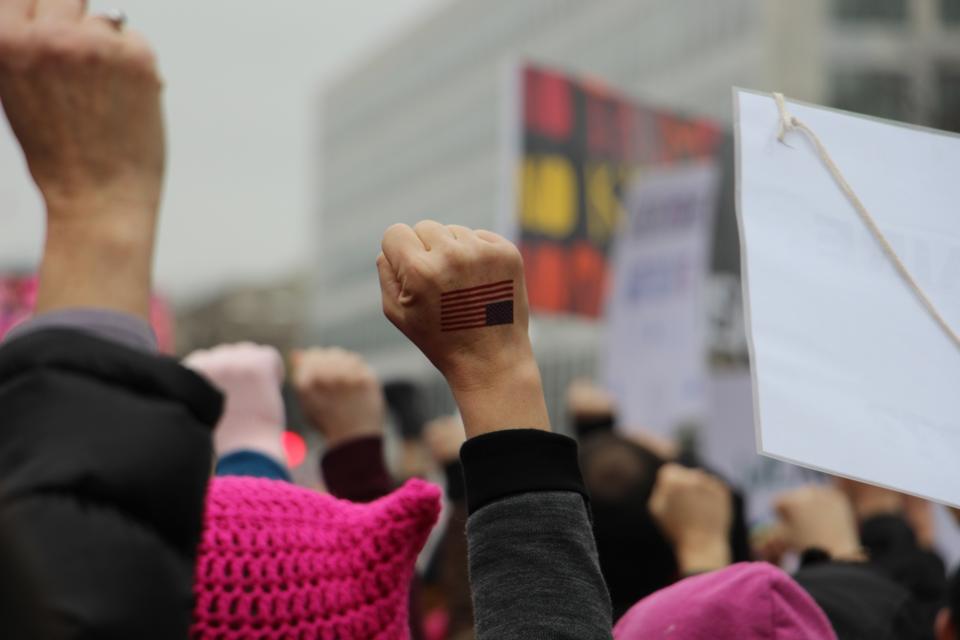 #NastyWoman, #ShePersists, and now “EmbraceAmbition” have become mantras for a previously silent female population. One unforeseen result of the 2016 presidential campaign has been women publicaly voicing their opinions, standing up for their rights, and claiming their personal power. Ask anyone who participated in the Women’s March in November about the experience and they will tell you quite passionately how it felt to express themselves in solidarity with thousands of other women (and men).

Many of these women are now politically active. There are reports that more than 13,000 women are interested in running for public office after the Women’s March. Women realize that they can make a difference and that their voices count, individually and collectively.

Will this new sense of personal power for women translate to the workplace?

Will the new comradery we discovered as #Nasty Women on the streets of Washington and across the country, lead to more collaboration with other women in the workplace?

It’s challenging as an ambitious woman to navigate a male dominated workplace culture. It’s almost impossible without support. What’s disappointing is that women often don’t have support and solidarity from other women.  I have heard countless stories of women who demonstrate their ambition and are subsequently labeled and shunned by other women who view them as competition. In fact, many ambitious women sabotage any other woman they view as a threat to their professional or personal power.

It’s obvious to me that women can don their pink hats and feel their collective power in protest, but in the workplace owning that power and embracing ambition is often an individual task. That solidarity we feel with other women to advance our political causes, falls apart in the workplace, and we are left to our own defenses to establish visibility and credibility against insurmountable odds in some cases.

Just yesterday I had a conversation with a female attorney who works for a global financial services firm. She told me the same stories I have heard from clients in different industries for years; that there’s a strong boy’s club and how challenging it is to break into these power networks. She told me how women are marginalized and how difficult it is to be ambitious as a female in the present workplace culture. Some women flirt to get attention, some try their best to stay relevant each day, and some just give up, lacking the energy and fortitude to persist. A study by Bain & Co in 2014, found that women’s ambition decreased 60% after just two years in the workplace, and their confidence dropped 50%.

The obstacles women face to realizing their ambition are real. In 2015, I conducted research to get a better understanding of how women feel about their ambition, what challenges they face, and what they need from their companies to be successful. The result is a white paper, Lost Leaders in the Pipeline: Capitalizing On Women’s Ambition To Offset The Future Leadership Shortage, which I co-authored with Lisa Mainiero, PhD. The majority of the 615 professional women surveyed self-identified as very/extremely ambitious, but did not receive the level of support from their companies to be successful.

As ambitious women, we need our female colleagues to stand with us.