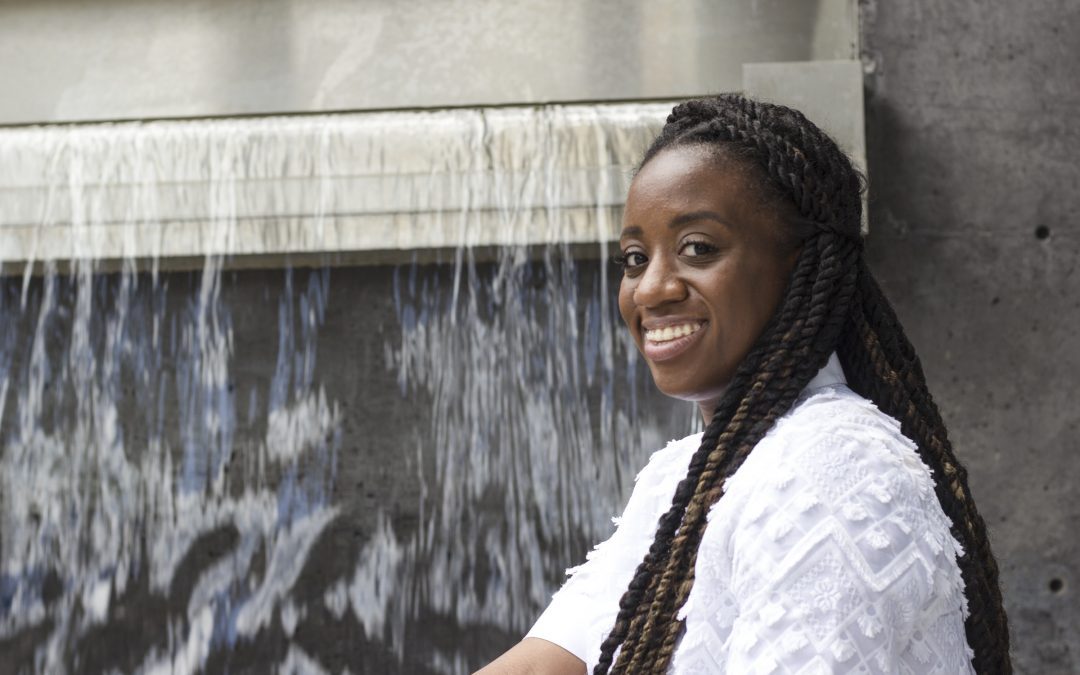 When Brittni Kellom was just 12 years old she was sexually abused by her father. That abuse continued until she was 16 when she became pregnant with his child. It wasn’t until after her abortion that her mother, who later became her greatest supporter, was informed. This horrific tale would most likely permanently damage the typical teenager, not only due to the experience itself, but also the shame and perceived necessary silence. But Brittni knew that because of her trauma she now had a mission and that mission was to help other children and young adults who are abused, sexually, physically, and emotionally. Brittni Kellom poses for a portrait for Red Bull Amaphiko in Baltimore, Maryland.

Brittni’s experience led her to form the organization, Just Speak, whose mission since 2003 has been to empower young people, ages 3 to 17, with resiliency skills, and to build trauma-informed schools and healthier communities. Currently located in the inner city of Detroit, Just Speak offers award-winning programming, including workshops, training, and public presentations through collaboration with a variety of social and domestic organizations across Southeast Michigan. Brittni received training through the National Institute for Trauma and Loss in Children and Starr programming. A Certified Trauma Practitioner in Education, she’s also been trained through the Department of Justice as a Certified Sexual Assault Counselor and Advocate. She is currently a fellow at the Red Bull Amaphiko Academy for social entrepreneurs.

Brittni Kellom:  It’s the guilt and shame they feel, and being able to speak out in the midst of their family circumstances. Because statistically, when we have young people being sexually abused or having any sort of trauma, the perpetrators are living in the home. They’re the ones tucking them in at night and taking them to school; people they rely on at a time when they aren’t able to protect themselves.  Every child has a secret and that’s what we have to keep in mind. There’s the taboo and shame that comes with talking about your sexuality as a child. That vulnerability is very hard to swallow as a child.