How Successful Women Network For Their Career And Business 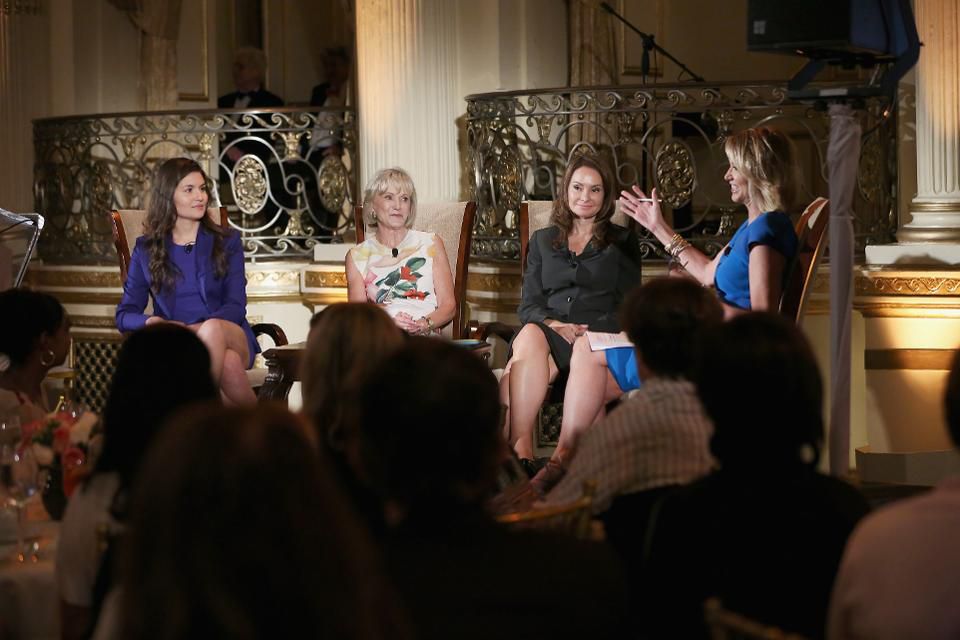 Most business and leadership gurus tell you that it’s important to network. And for those of us who are eager to succeed, we dutifully follow the advice believing that networking will facilitate and support our ambition.

But what I’ve discovered from coaching professional women for over a decade is that many women have no idea what it means to network to support their aspirations. I label their approach to networking, the ‘throw spaghetti against the wall to see what sticks’ approach. It has no focus or intention. These women go to events, collect business cards, maybe do some follow up, but for the most part their networks consist of a random group of people who barely know them. So how do successful women network?

Caroline Pugh, Chief of Staff to the President at Care Journey, is a master networker. In fact, in a recent conversation, Caroline shared with me that she spends 20% of her time networking. Her efforts have produced a strong strategic network. For the purpose of this article, Caroline has tapped into her network and introduced me to Kay Koplovitz, founder of the USA Network and co-founder and chairman of Springboard Enterprises, Jennifer Justice, President of Corporate Development at Superfly, and Susan Pelczynski, UPWARD Women Advisory Board Member. I reached out to each of them to learn more about how successful women approach networking.

Bonnie Marcus:  You’ve been extremely successful in male dominated industries. How has networking influenced your success?

Kay Koplovitz:  When I launched Madison Square Garden Sports, which became USA Network, the entire sports, television and cable businesses were run by men. They were my network. I felt comfortable there, as I had male mentors along the way learning the business; men like Bob Rosencrans and Joe Cohen. If you wanted to succeed then, you had to fit in and I think I did. I perceived myself to be a leader and equal to other leaders, so it wasn’t really an issue for me to be a woman in a man’s world. Some of these people are among my close friends even today. Of course, I realized I was operating in a world were women were not allowed back then in the 70’s. There were men’s clubs, social rules as to which tennis or golf clubs you could belong to, lots of places that as a woman I was not permitted access. I really had to find my way around these restrictions and move the men to the places I would be welcome in a firm yet subtle way.

Jennifer Justice:  Being a part of the conversation is always helpful. It helps keep me top of mind for business opportunities, allowed me to have a network to ask advice, and enabled me to understand the current market terms of the business. There is no downside to networking.

Susan Pelczynski:  Networking is really important for building a book of business and business development. And I think that a lot of people don’t tell you that you need to start that early on in your career. Because by year seven, everyone’s turning around going, ‘Well, what relationships do you have? And how are you bringing in business?’ And networking is really an important part of that.

Marcus:  Have you noticed a difference in the type of networks men and women have? If so, what do you see as the major difference and how does that affect career success?

Koplovitz:  Yes, I think the networks are very different. Generally I find that men aggressively use their networks for business and personal enhancement and women use them to engage and often to help others. One of the things we emphasize to women entrepreneurs in our Springboard network of over 700 entrepreneurs who come through our capital raising program, is that the networking is for building business. It’s great to socialize in different networks, but you really have to network with a business purpose if you expect to scale your company. I think men come to that more naturally than women. Fortunately, times are changing and women are becoming much better at targeting outcomes of networking much better than they used to, at least in our world of women in technology and life science  entrepreneurs.

Justice:  Yes, I’ve noticed a difference as well.  Men go to different types of events like sports, golf, and conferences. Women tend to go to events that don’t last as long like dinners, breakfast, lunches, and conferences in their hometown or those that only last a day or so and take place during the week.

There aren’t many forced opportunities for women and very few conferences that blend women of all industries like the Makers conference. Cross pollinating industries is helpful for all aspects of leadership.