Jamie Lee Curtis Is 60 But Certainly Not Invisible 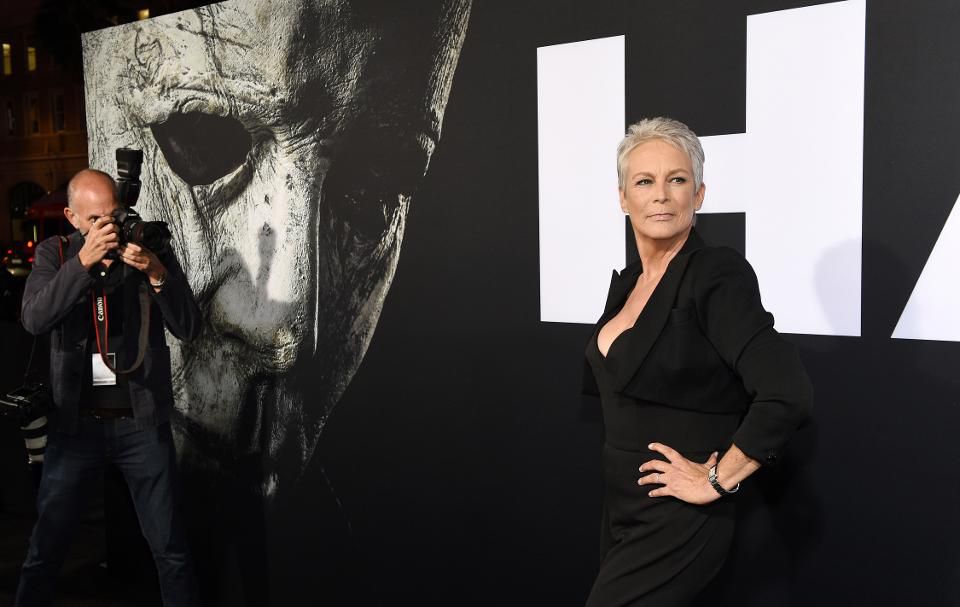 Jamie Lee Curtis has good reason to celebrate. Not only did her movie, Halloween, break all box office records for the biggest horror movie opening with a female lead when it opened October 19th, but Halloween is the highest grossing film with a female lead over 55. Jamie turned 60 on Thanksgiving. According to Jamie, ‘in my industry, this doesn’t happen very often, if ever, and that I am getting this opportunity as I am kissing 60 is beyond my wildest dreams’. To Jamie’s point, women over 50 are rarely cast in leading roles. Only 27 percent of all women’s roles in primetime TV go to women over forty. In the movies, a 2013 University of California study finds that less than a quarter of all female speaking parts are for women aged forty to sixty four. That’s a lot less speaking parts than for men the same age. A few sacred female actors over fifty like Jamie Lee Curtis, Meryl Streep, Diane Keaton, Julianne Moore, Emma Thompson, Helen Mirren, break through the age barrier and score interesting and exciting roles. They are certainly the exception. Most actresses, even in their mid thirties, are considered over the hill by Hollywood standards.

A recent Pew study states that not only do Americans consider the most highly valued trait for women to be attractiveness (35%), but 71 % of those surveyed also feel that women feel pressure to be attractive and just 27% say the same of men.

How does this pressure to be young and beautiful play out?  In 2017 alone, over $16 million was spent on cosmetic surgery procedures according to the American Society of Plastic Surgeons. Over 17 million procedures were performed and 92% of those on women. That statistic reveals much about the pressure women feel about their appearance. The burden to look fresh and pretty is ever present.

Our society’s negative mindset about aging also supports an enormous anti-aging market solely focused on creating products to delay, stop, and retard the effects of growing older. In 2016, the Global Anti-Aging Market was worth $250 billion and is predicted to reach $331.41 billion by 2021. A trip to your local pharmacy or department store confirms the popularity and acceptance of anti-aging products with a multitude of products on the market to fight aging. It’s overwhelming.  And it’s no secret that women are the target of marketing efforts as well as the major consumers of these products. Commercials and infomercials on TV entice us with promises to reverse our aging and keep us young and beautiful. The message being that aging is not good and we must do everything we can to put it off and pretend we’re not getting old.  We feel shame instead of pride about our well-earned wrinkles and gray hair, often trying to hide our age in order to avoid the stereotype of being seen as a “senior” woman.

Years ago, women, especially those in the spotlight their whole lives, used to retreat as they aged. In the 1950 film, Sunset Boulevard, Gloria Swanson plays Norma Desmond, described as “a grotesque woman of 50 striving to be 25”, surrounded by images of herself and entranced by her past and her own youthful face on a cinema screen. A former silent screen star, she lives in seclusion with a butler who was her former director and husband and the young male writer she hired to create her comeback script. She left the Hollywood spotlight and created her own safe stage in the privacy of her illusion.