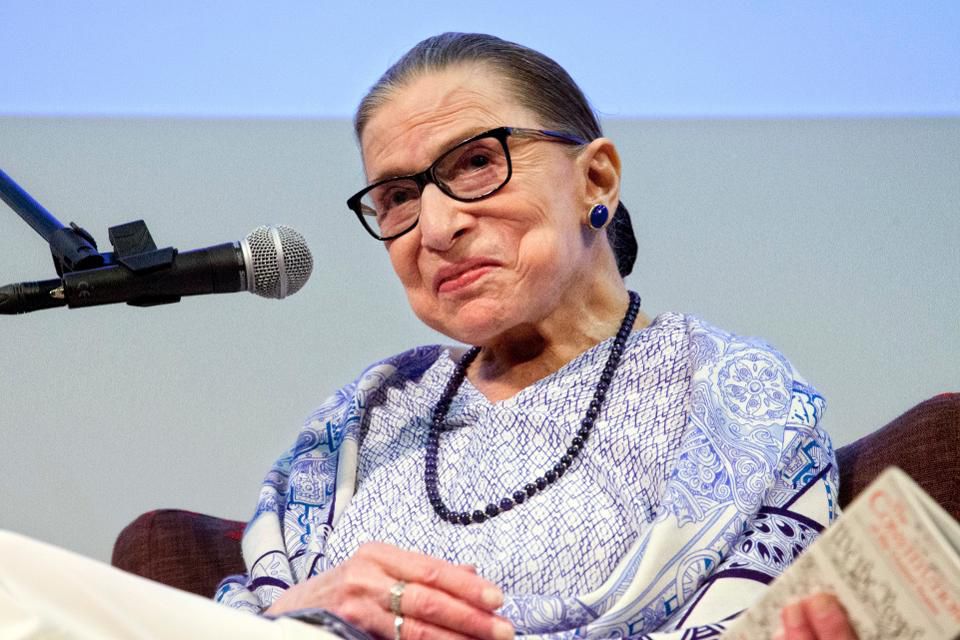 Recently, Ruth Bader Ginsburg fell in her office at the Supreme Court and broke three ribs. As a result, she was hospitalized briefly. Women across the country who look to her as their champion hoped she would return to work quickly. But Ginsburg didn’t wait to be released from the hospital to resume her work. She was quick to shoo the doctors out of her room so she could have some quiet time to concentrate. She was already working. At 85, Ginsburg is an inspiration for all women. A warrior for women’s rights throughout her career, she uses her intelligence and her voice to advocate for justice. Her petite frame and age never limit her from standing in her power and it has earned her the title, the Notorious RBG. A two time survivor of cancer, she has barely missed a day of work. She persists.

Ruth Bader Ginsburg is a role model for all women to step into their power and own their ambition.

Here are the three lessons we can learn from Ginsburg about ambition.

Know your value and purpose.

Ginsburg’s superior intelligence was never in question. She attended Harvard Law School and later transferred to Columbia Law School to be in New York for her husband’s work. She was the first woman to be on both the Harvard and Columbia Law Review. She was a rock star talent but still struggled to get a job after graduation.

“Not a law firm in the entire city of New York would employ me,” she once said. “I struck out on three grounds: I was Jewish, a woman and a mother.”

Ruth moved in another direction and became a professor at Rutgers Law School in 1963 and co-founded the Women’s Rights Project at the American Civil Liberties Union. A decade later, she became the ACLU’s general counsel, which led to a series of gender discrimination cases, six of which brought her before the U.S. Supreme Court. She won five out of six cases. She found her purpose; fighting for women’s rights.

Women in this country see Ginsburg as their spokesperson; their voice. They trust her to represent their rights and stand up for gender equality. This has become Ginsburg’s mission. It is the passion and commitment to this mission that fuels her ambition. She is not ambitious for herself but for her cause. It’s not ego driven but purpose driven. She understands her value and how she can make a difference in society. It’s her legacy.

Ask yourself how do I add value to my organization and society? Do I have a purpose that motivates me to be my best self?