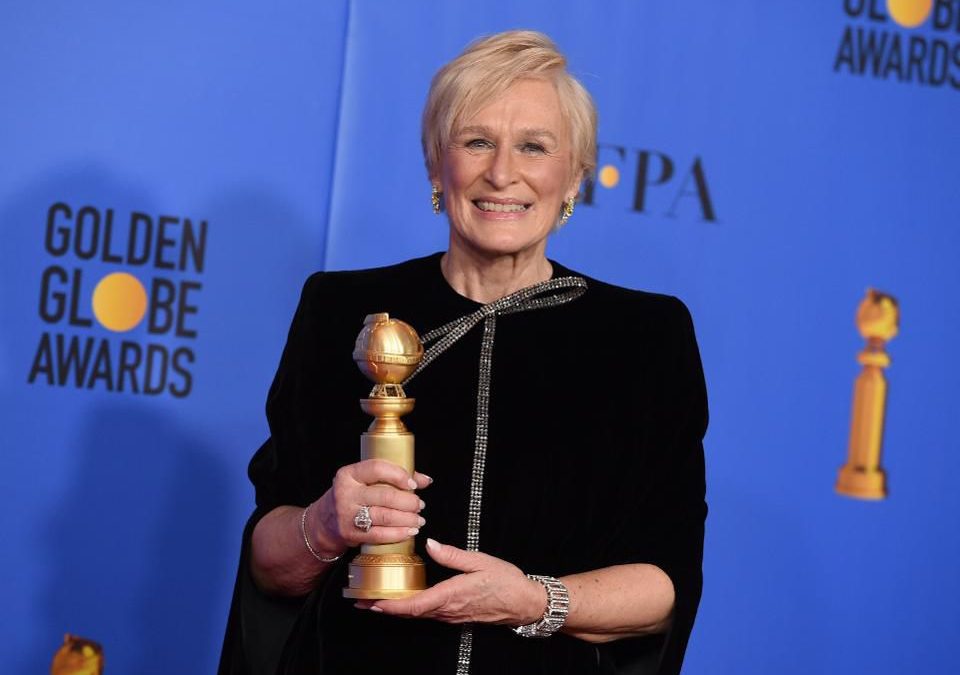 When Glenn Close accepted her Golden Globe Award for her performance in The Wife, she shared why the movie’s theme of a woman living in the shadow of her husband resonated so much with her. Close’s mother took a back seat to her husband’s career and as a result, when she was in her 80’s and looking back on her life, she said she felt unfulfilled, deeply disappointed in herself, and regretful of not having made any contribution to society.

“I feel what I’ve learned through this whole experience is that women, we’re nurturers. That’s what’s expected of us. We have our children, we have our husbands, if we’re lucky enough, and our partners, whoever. But we have to find personal fulfillment. We have to follow our dreams. We have to say, ‘I can do that and I should be allowed to do that,’” Close told the audience Sunday night

Women should be allowed to follow their dreams and choose a career path without any push back from a society that feels women can’t and shouldn’t compete in a man’s world. We’re making some progress, albeit slow, in opening new doors to previously closed careers such as science, technology, engineering, math, and law. The battle for a level playing field must continue out of necessity until the gender gap disappears. Fighting for equal opportunity to realize your ambition takes determination and tenacity, and those women who have chosen careers in male dominated industries (and most companies remain so) are aware of this and often armed for the battle. They work hard for airspace and advancement despite the ongoing challenges in the workplace. As Close stated, women should be allowed to follow their dreams and realize their ambition. It’s not always so.

In my own research on the topic of women and ambition, I discovered that women are very ambitious and want to remain in the workplace despite obstacles. Of the 615 women surveyed, 75% self-identified as very/extremely ambitious. They look to their employers for a variety of initiatives including leadership training (60%), coaching (58%). 49% would like mentorship programs and 42% want long term career paths that provide a commitment of ongoing support and resources to succeed.

Most women with ambition don’t want to opt out permanently or take a back seat to their husband’s career, but they want the workplace to acknowledge them and support their career goals as well as their need for flexibility. Without that recognition and encouragement, they lose their determination and confidence and look for other avenues outside of the corporate environment to make their mark. Some leave to start their own businesses. In fact, over the past 20 years, the number of women-owned firms has increased 114%. Every day in the US, women start about 849 new businesses. It takes a dream, a big idea, and also persistence and savvy to make that vision a reality. These women own their dream and take the important and necessary steps to make it happen.